Tom Clancy’s…Back with a Vengeance?

Ghost Recon and Rainbow Six back on the table… 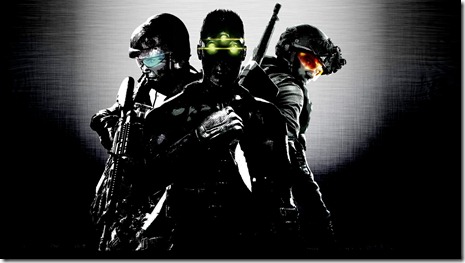 Back in January I did a blog post that was essentially my Tom Clancy’s ‘State of the Union’ where I discussed my lament for the absence of two of Ubisoft’s cornerstone titles, Ghost Recon and Rainbow Six.  With E3 2011 in the books we certainly saw how the future of the Ghost Recon franchise appears to be shaping up.  This week we appear to now have a leaked glimpse as to what Rainbow Six’s potential appears to be and it certainly may be the most important Tom Clancy game in years!

Ghost Recon Future Soldier:  After several years and several restarts it finally appears that Ubisoft has settled on a direction for the latest Ghost Recon game, Future Soldier.  If you click on the title link you can see gameplay footage for Future Soldier.  The theatre seems to be more Africa and less Russia, I hope that it will move around the world as in previous games.

The augmented reality (AR) portion and stealth looks like it takes beats from Splinter Cell, which is a good thing, also the up close and personal feels like it is Rainbow Six, which I think she stick closer to Rainbow Six.

The action still feels very Ghost Recon, which is good, as I do not want every military shooter to become Call of Duty, but perhaps the gaming media does as most seemed very down on the the game.  However, I rarely let the gaming journalists influence my decision.  I am looking forward to the ‘Better with Kinect’ Ghost Recon.  While it may not matter in the scheme of the game the Kinect Gun Smith looks like a fun diversion!

Beta is coming late this year and the game early next.  And I will be all over both, you can count on that! 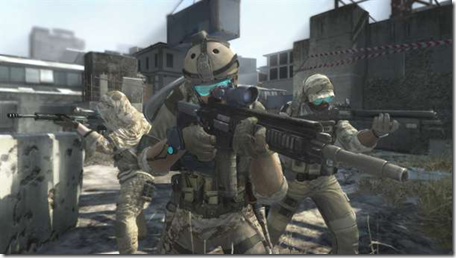 Ghost Recon Online: While at first glance the game feels land appears to look like Ghost Recon Future Soldier, it is actually a free-to-play PC based shooter which is to be supported by micro-transactions.

Being the Ghost Recon nut that I am I am sure I will at least give GRO the old college try, but with Future Soldier not far off, and I am buying it regardless, most of my online time will most likely be spent there.  After going dark for so long it is good to see Ghost Recon coming back on two fronts, I also believe this may be the fruition of the Tom Clancy’s MMO I discussed back in January. 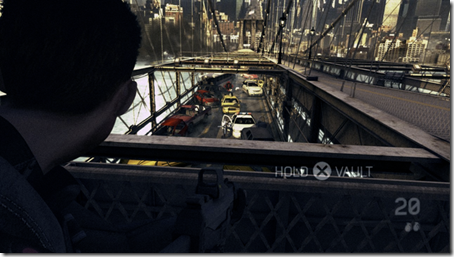 New Rainbow Six Project:  With Ghost Recon appearing to get more up close and personal, where does that leave Rainbow Six?  Well if Kotaku’s story based on leaked information and images of this potential Rainbow Six game, it s going to force players to make morality choices that they have never had to make.

The full article can be read at the above link, but from the sounds of it the gamers decisions will cause the game’s story to branch in different direction, not unlike an RPG where the action from your decisions have reverberating reproductions through the remainder of your playthrough.  This would most certainly promote multiple playthroughs so you could see how the game would play out if you did something different.

While this is only preliminary and may not make it into the final product, it is interesting to think about and I hope that Ubisoft will follow through and perhaps give us the Rainbow Six game we crave by the end of 2012.

When writing this I have discounted all the portable Ghost Recon games as I just do not count them.  I am hoping that Ubisoft can Retcon their Tom Clancy-verse, ignoring the events of H.A.W.X. and EndWar so we can once again have serious and believable military shooters that take place 15 minutes into the future.

I like CFL Football, Video Games, and Social Media....so here I am!
View all posts by SUPERGHOST →
This entry was posted in FPS, Tom Clancy Games. Bookmark the permalink.