Best news I heard all day!

It is funny, I was just thinking this past week about the fact that Prey 2 never materialised, and I how I wished it would.  Well sometimes wishes, even the insignificant ones such as this, do come true!  In a world where Duke Nukem Forever is seeing the light of day, really anything is possible.

Duke Nukem Forever and Prey actually had very similar trajectories, long in development, these two projects are and were the stuff of legends.  Each endured many changes, and each with 3D Realms being at the forefront of each project it was amazing that either would ever see the light of day, but both miraculously did ( or rather will in the case of DNF).

Prey did beat DNF to the punch, but with five years having passed, I was certain that a sequel to Prey would never materialize.  But wonder of wonders, Bethesda, who has quickly become one of my all-time favourite publisher and developer, has resurrected Prey.  Prey 2 is set to arrive in 2012! 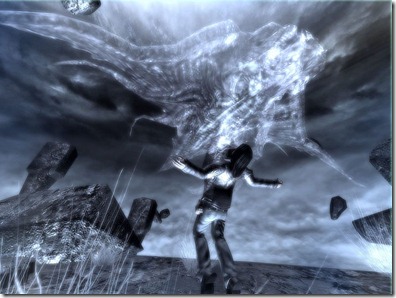 Bethesda today released a press release regarding Prey 2.  The following is it in its entirety”:

Sequel to Award-Winning Prey to be Available in 2012

March 14, 2011 (Rockville, MD) — Bethesda Softworks, a ZeniMax Media company, today announced that Prey 2, the sequel to the popular 2006 game, is scheduled for release in 2012 and will be available for Xbox 360 video game and entertainment system from Microsoft, PlayStation3 computer entertainment system, and Games for Windows. Further details on the game will be revealed in the May issues of Official Xbox Magazine and PlayStation: The Official Magazine, as well as in magazines throughout Europe.

Prey 2 is being developed by Human Head Studios, the studio that created Prey, the original, award-winning game. Prey 2 is being built on the cutting edge id tech engine from id Software.

“We are thrilled to be working with Bethesda on Prey 2,” said Chris Rhinehart, project lead. “Prey 2 will provide gamers the opportunity to explore a new facet of the Prey universe, one that offers fast-paced action in an open, alien world. We’re excited to show gamers the title we have been working on and hope they will be as excited by this title as we are.”

Continue to check http://facebook.com/prey2 for additional information on Prey 2 in the coming days.

I will certainly look forward to following this game’s development.  I look forward to posting more as detials become available.  In the meantime I have started following Prey 2 on facebook.  Good as place as ant to start!

I like CFL Football, Video Games, and Social Media....so here I am!
View all posts by SUPERGHOST →
This entry was posted in FPS. Bookmark the permalink.