The Zombie show you have been un-dying to see! 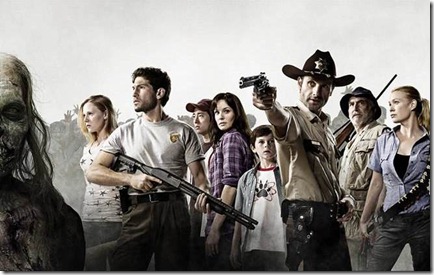 With Halloween here and the trick-or-treaters making the rounds it is time to burry SUPERGHOST’s Fright Week into the ground for the year, but not before a catching up with a few frights I was unable to get to this week.  What else would you expect from a blog titles SUPERGHOST’s Haunted House of Xbox anyway?  My last post of the week features the long-awaited network premiere of AMC Zombie-Drama, The Walking Dead as well as few other surprises.  Read on if you dare!

The Dead Will Rise… 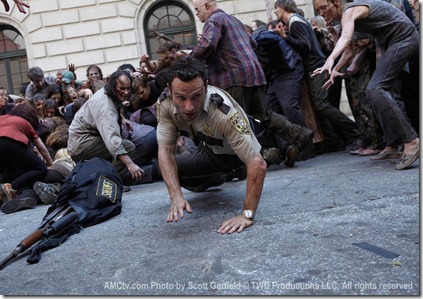 Halloween night marks the launch of AMC’s ‘The Walking Dead’, the television show based on Robert Kirkman’s wildly successful comic series of the same name.  Like you I am waiting to see it for myself tonight.  I will say if the series even captures a portion of the feel of the comic series we will be in for one frightening ride!  Make sure to get in early from trick-or-treating and put the kids to bed before you fire it up.  For details click on the link at the bottom of the page. 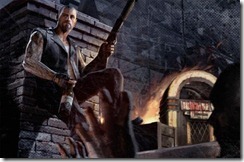 Last night I took the time to play through the new Left 4 Dead 2 DLC, ‘The Sacrifice’.  Out of all the Left 4 Dead DLC’s I have purchased previously I would say that this one is my favourite.  The only thing that I don’t like about it is the ending, and if you have played ‘The Passing’ already, well you know what happens here.  Actually other than what happens to the survivor, ‘The Sacrifice’ has one of the most frantic chapter endings of all L4D games.  You will have to play it to see how it all goes down. 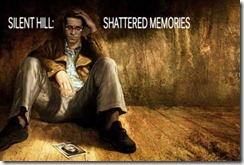 Earlier this year I had the pleasure of playing what is one of my favourite Silent Hill games, Shattered Memories.  I purchased a PS2 version of the game last winter and I could not put it down until I got to its senses-shattering conclusion!  I did a more comprehensive blog post back in January if you would like to read more on Shattered Memories.  Silent Hill fans who may have overlooked this game should seek it out while they still can.

If you are looking for a short and scary show to get you in the Halloween mood look no further than Bright Falls, the prequel to the Alan Wake game.  The show follows reporter Jake Fischer to the mysterious town of Bright Falls to interview famous resident Dr. Hartmann who runs a hospital that cares for struggling artists.  Jake’s investigation produces more than he bargains for in  town where nothing is quite what it seems.  The show can be found at the link above or available for streaming on the Xbox LIVE Marketplace.

That draws Fright Week to an end.  Now its time to get my Trick-or-Treat on!  Happy Halloween!

I like CFL Football, Video Games, and Social Media....so here I am!
View all posts by SUPERGHOST →
This entry was posted in DLC, Entertainment, Survival-Horror, Xbox 360, Zombies. Bookmark the permalink.

1 Response to SUPERGHOST’s Fright Week: The Walking Dead & The Rest